So, you might say I've been playing a lot of Kerbal Space Program recently. So with Halloween rolling around, I thought to myself: Why not make a costume of the web's favorite fictional space explorer?

Made a few tweaks to Cecilia's Drawing Toy today:

Cecilia and her family are actually in town, so I got a chance to see her try it out. She did good; that's a quality "F" in there! Not bad for a 1-year-old. 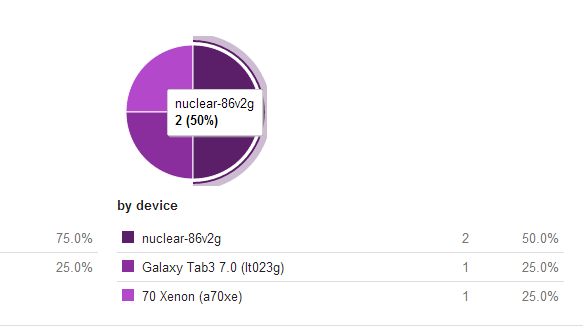 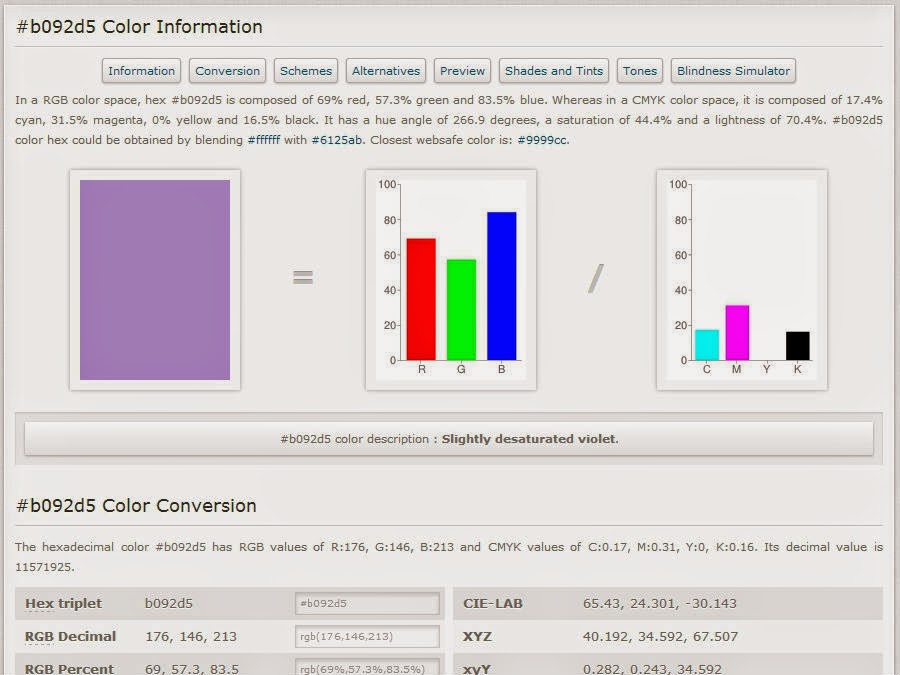 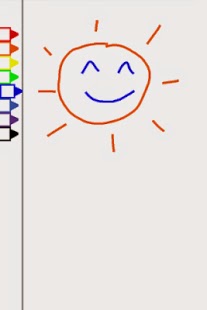 My sister- and brother-in-law recently celebrated the birthday of their second daughter, Cecilia. She's not quite old enough to care about the touchscreen devices yet, but I figured I'd get a head-start on this one. So here you go: Cecilia's Drawing Toy.

Much like its "sister" software, Frances's Tracing Game, this one is available for download on the Play Store, or you can poke through the source code on GitHub. You can select a color and draw with your finger, then to erase, hold the whole device upside-down and shake it (like another drawing toy you might have heard of ;) ).


I was able to re-use quite a bit of the source code from Frances's Tracing Game for this one, so the build cycle wasn't quite as long. I feel like I'm pretty much getting the hang of the drawing toolkit for Android; this one should play more nicely than the first versions of Frances's Tracing Game did with different screen sizes and form factors. It's missing a way to save images right now (but you can do so with the "screenshot" feature on most phones).

If you thumb through the source code, you'll find some goodies. It's all licensed under Apache, so feel free to grab any pieces and use them in your own projects (with proper sub-licensing and attribution). In particular, these modules are broken out and intended for re-use:

As always, I dug up some likes and dislikes as I put this together.

This'll be a fun one to keep updating, but really, the list of new things is small on this one:

If you have a little one in your life, feel free to grab the toy and let me know if they like it! Feedback is welcome on the game's Play Store page, here, or on Plus. Go make something cute. ;)

I'm working on a sensor library that should give me the last timestamp at which some interesting sensor event happened.

So, the Android sensor library is a little quirky. When you get a sensor event (on a sensor thread, so it is not recommended that you do any high-impact processing there), the event has an associated timestamp. The timestamp is documented thusly: "The time in nanosecond at which the event happened". The grammatically-bizarre English should be your clue that these docs may be slightly off. ;)

It turns out after a bit of Googling (tip o' the hat to StackOverflow, as usual) that the timestamp one receives isn't based off of any particular 0-point defined in the Android OS or the API; it's an arbitrary per-sensor value intended to allow for different measurements from the same sensor to be compared, not for the measurements to be compared to other timestamped events. It's a known issue (bug concerning the documentation; bug concerning the behavior), but as of right now it's the way of the world for Android developers.

If you need to obtain reference to some external timeframe (such as the oh-so-ubiquitous "milliseconds since 1970"), you'll have to put together your own workaround. The solution that's working for me right now is:


This calculation is prone to fail if for some reason onSensorChanged gets called too long after the sensor change occurs (it's fine if the difference is on the order of nanoseconds and gets significantly less fine in the 100ms-second range or higher). But it works for my needs.

Update: So it turns out that this approach also doesn't work as desired; if the phone goes to sleep, the sensor clock will skew relative to wall time (I assume the sensor clock isn't "ticking" while the phone is not active). I could detect sleep / wake events, but it becomes a guessing game regarding what scenarios could cause the phone to stop updating the sensor clock. My new plan is to do (new Date()).getTime on every sensor event and take the simple performance hit; for my purpose, I don't need highly-accurate sensing.

Email ThisBlogThis!Share to TwitterShare to FacebookShare to Pinterest
Labels: Android, android api, time is a quagmire

Replacing a ceiling fan with a light fixture

In which we replaced a Hampton Bay ceiling fan with a Bel Air lighting fixture. 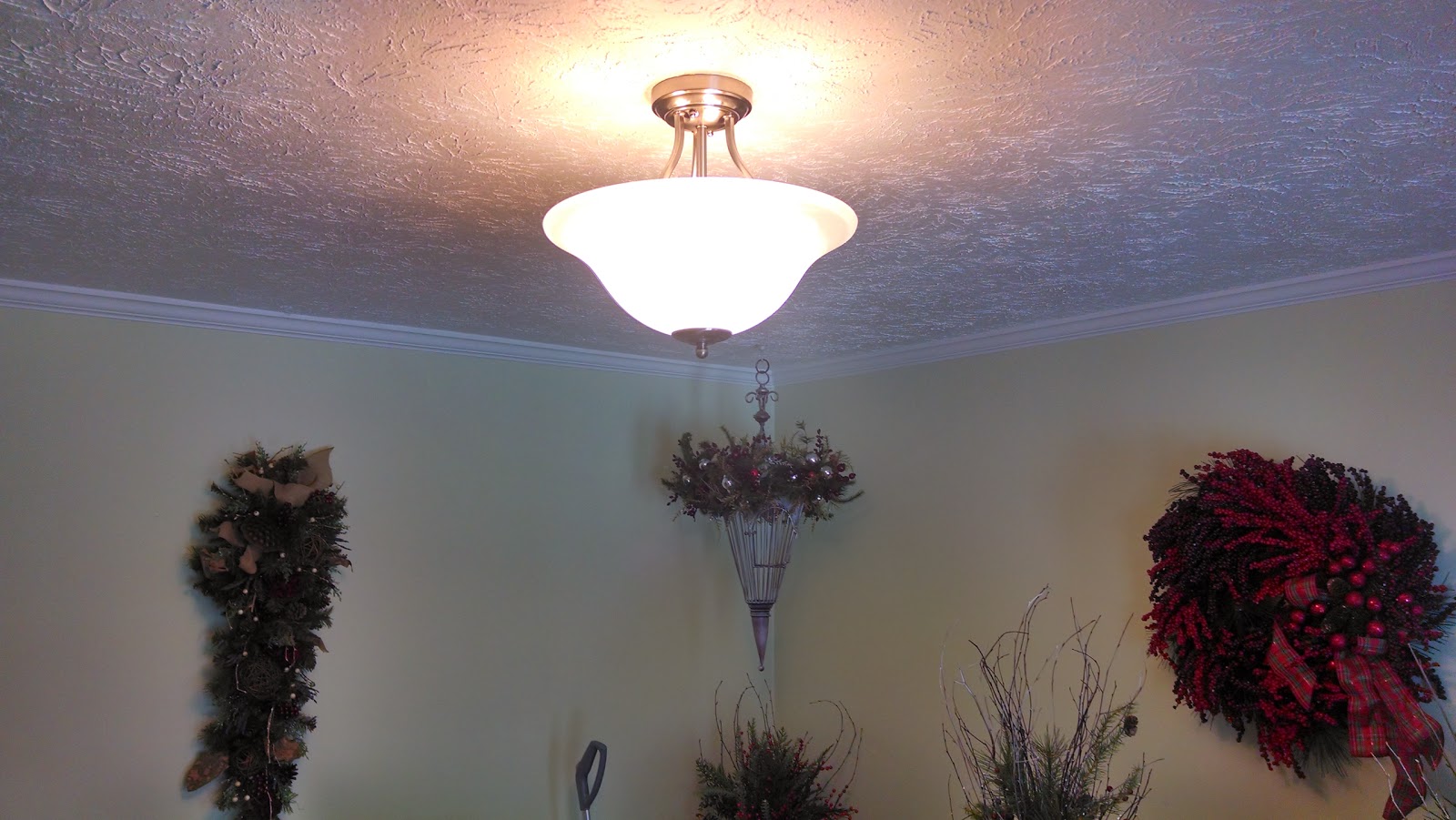 To kick off the new year, I teamed up with Aaron (he has a blog!) to put together a game show buzzer system for a project he's working on. We followed the directions from an Instructables guide, which were pretty straightforward. You'll want to read that all the way through if you want to follow in detail what we did; I'm going to talk about the highlights and gotchas we discovered, but not do a blow-by-blow replay of the Insructable itself.

This Christmas, my brother-in-law gave me the best gift: a MintyBoost v3.0 construction kit

and associated small electronics components. I set to work right after the holiday rush died down putting it together; my thoughts on the project follow. 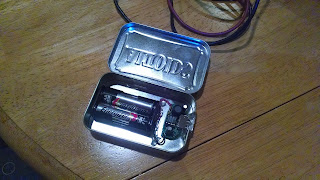